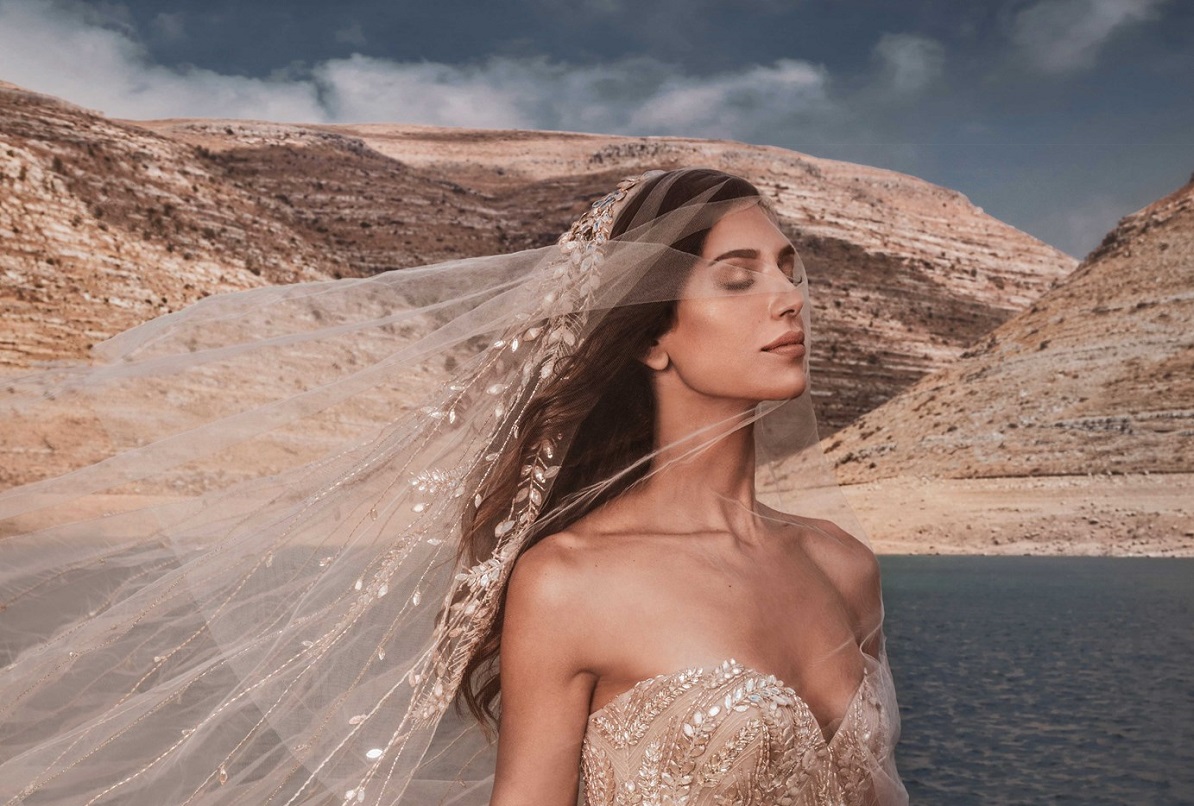 Zuhair Murad was born in Ras Baalbek in Lebanon. He began sketching dresses at the age of 10. Shortly after high school he moved to Paris, where he obtained his degree in fashion. He opened his first atelier in Beirut in 1997, making his name with couture creations before expanding to ready-to-wear evening looks.

In 2001, Murad presented his couture collection for the first time during Haute Couture Week in Paris, gaining momentum with international media. In 2005, Murad debuted the first Zuhair Murad Ready-to-Wear Collection, a more simple – yet still aesthetically glamorous – contemporary line designed to meet the expanding needs of his clientele. Two boutiques (including showrooms) have been opened; the first in Beirut on Charles Helou Avenue and the second on rue Francois I in Paris. He also has a showroom in Milan on the Via Borgogna. In 2007, Murad inaugurated his Parisian “Maison de Couture” in the heart of the Triangle d’Or on “François 1er” Street.

In 2011, he launched his ready-to-wear bridal collection of “timeless pieces where romanticism and sensuality are perfectly depicted in all his garments.” His gowns blend classic bridal silhouettes with glamorous adornments, like floral embroidery, beading, ruffles, feathers, and lace.

In 2014, he officially inaugurated his bridal boutique located in his eleven-story building in Beirut, where his wedding dresses are sold and displayed.

For the Fall 2021, Zuhair Murad created his bridal collection with the idea of a bride that embodies Marie, Amélie and Elisabeth of Henri Troyat’s saga “Les Semailles Et Les Moissons”. Three dissimilar personalities, driven by one same passion – the pursuit of happiness with identical eagerness and determination. Each, follows her destiny… 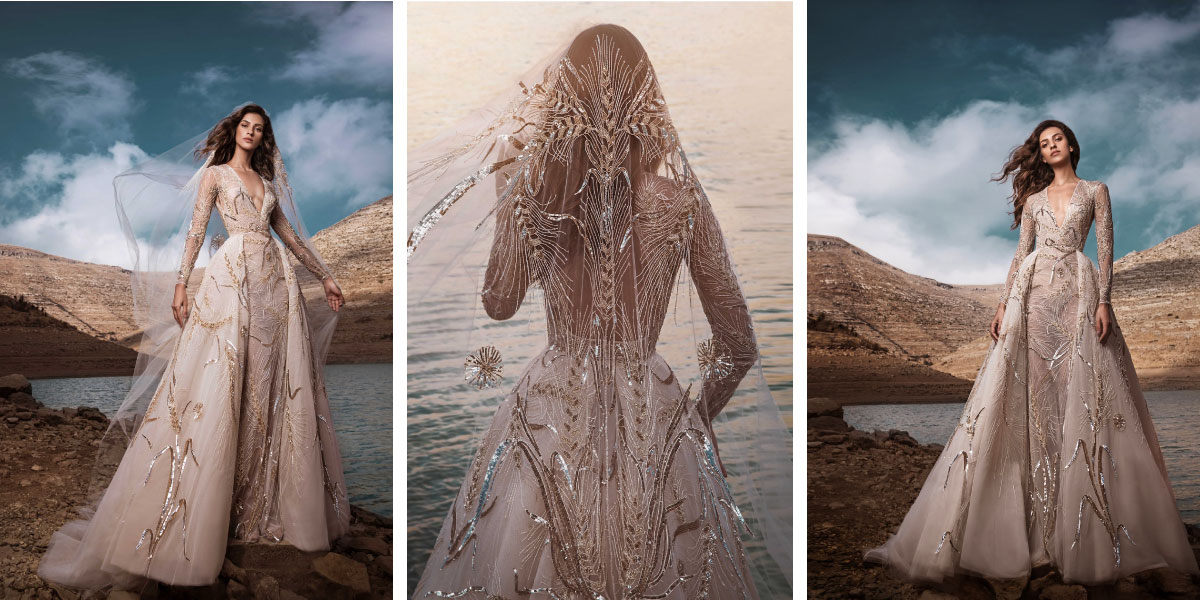 Marie, finds herself in a classical ball gown with striking patterns of sheaves and elusive embroideries, inspired by the vast and golden meadows of wheat landscapes. Being inscribed in tradition and anchored in customs, she characterizes the embellishment scattered around her voluminous corset princess dress, gilded with flamboyant cape sleeves. With wind blowing through her hair and into her veil, she admires the distinctive hues of sun-kissed stalks – inspiring distinctive and golden shades of colours, embraced onto layers of off-white ruffled tulle. 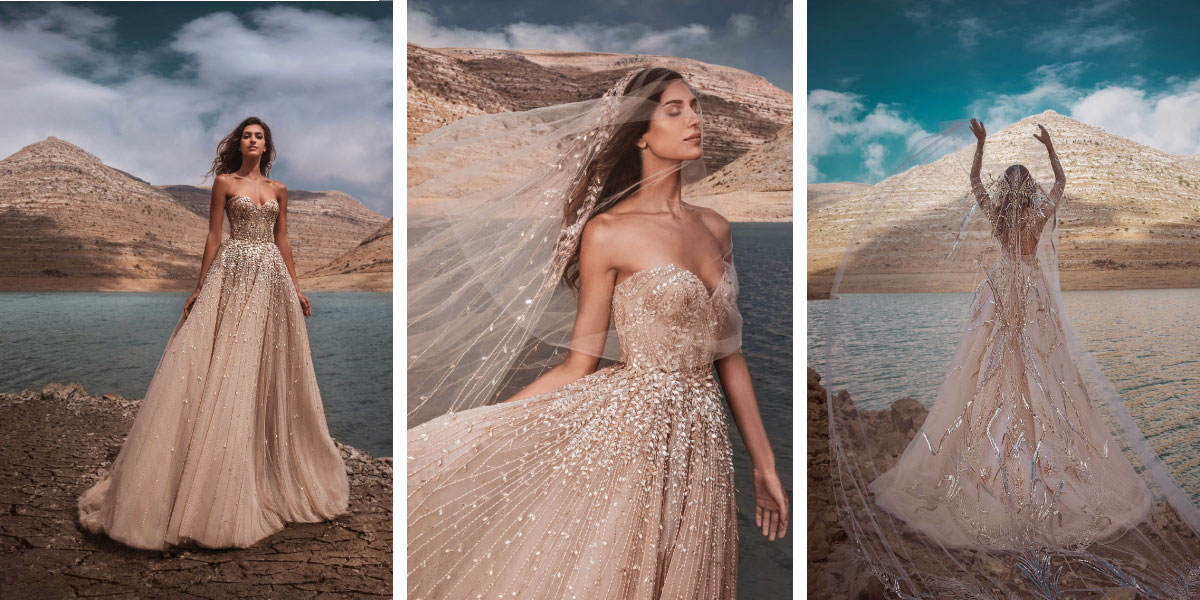 Amelie is a juxtaposition of beauty and fierceness. Primitive, yet surreal, her journey subsequently leads her through immense fields of crystal illuminating grains, showered all over her tulle sheath figure hugging dress, mirroring every line. In a season of harvest, whilst witnessing nature being tamed, she finds herself utterly intact: Amidst the most life-changing of environments, she realizes that she cannot be controlled: strong yet romantic, sensual yet elegant, self-confident yet dreamer.

The fiery and free-spirited Elisabeth, looks into the future through a modern and contemporary aesthetic. Personifying a radically changed women, she frees herself from the shackles of society and captures the simple beauties and calmest of activities in life – and carries on with bliss, abundance, joy and prosperity. Wrapped in distinctive stalks, she embodies an inspiring delicate artwork that is symmetrically drawn over around her strapless ball gown. 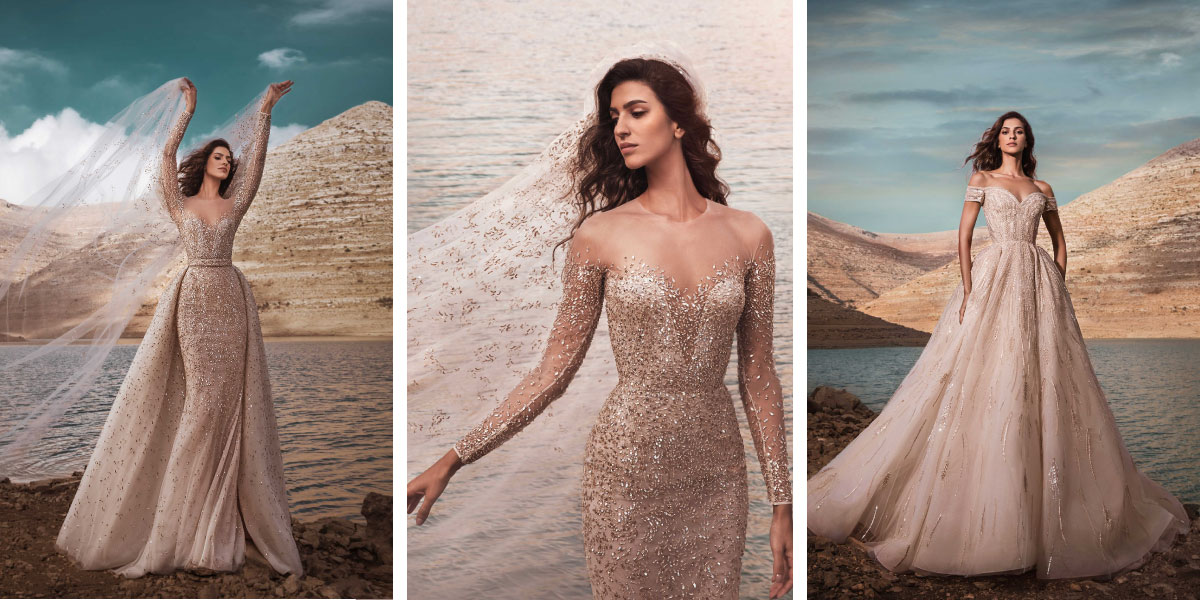 All the way of these singular paths, Zuhair Murad employs a dazzling “tour de force” of nuptial splendour in shades of off-white, sandy and pinkish pastel shades along with a divine alchemy of golden rays of sunlight highlighting transparent raptures and swirls of tulle. 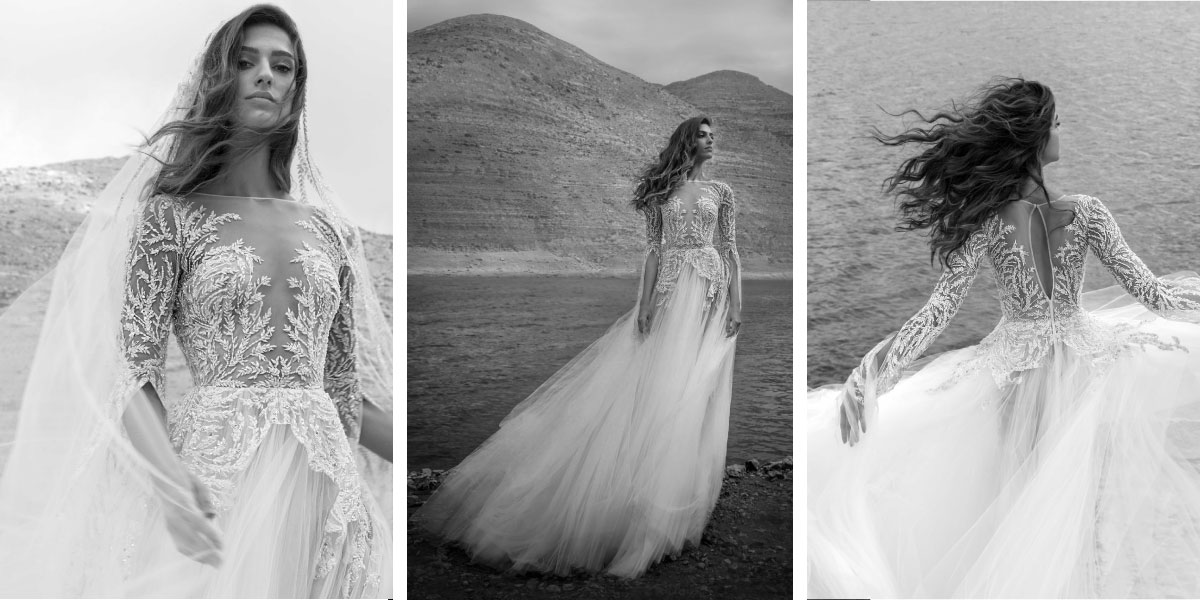